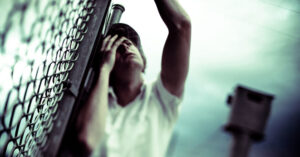 Marijuana is perhaps the most commonly abused drug in the United States. Additionally, today’s marijuana is stronger than ever with the risk of potentially permanent negative effects on its users.

Marijuana advocates have been given a loud voice through state legislation and legalization rhetoric. In this setting, young people may perceive a minimal risk of marijuana use unless an equally loud warning is given by the drug education community.

Let’s look at the risks and what we can do to protect our youth.

Harmful Symptoms and Long Term Effects; What Happens When Young People Use Marijuana?

Young people are at risk from using cannabis because they are still developing. Adolescents, teenagers, and young adults are a time of rapid growth and development, physically, psychologically, and behaviorally. Although a teenage young person’s physical development seems to be coming to an end, other physiological and psychological developments continue into their 20s. During this stage of development, the harmful side effects of marijuana can turn into potentially permanent harm.

According to the CDC, marijuana interacts differently with a young person than it does with an adult adult, so there is a greater risk of long-term adverse effects. Some of the negative side effects and harmful symptoms that young people may experience from marijuana use during their adolescence or even later in life include:

The CDC concludes its coverage of the unique harms young people face from using marijuana with the following data: “Marijuana use has a direct effect on the brain – particularly the parts of the brain that are responsible for memory , Learning, attention, decision making, coordination and emotions are responsible, and reaction time. Developing brains, such as those in babies, children, and adolescents, are particularly susceptible to the ill effects of marijuana. ”The CDC also noted that long-term or frequent use in young people has been linked to an increased risk of serious mental crisis, including psychosis is.

Without going too far into mental health biochemistry, the National Institute on Drug Abuse has provided some compelling information about the serious risks young people take from using cannabis. According to the results, people who start using marijuana at a young age are more likely to experience long-term harm in the form of:

Given the harmful nature of marijuana, especially for young people, society must teach the truth about marijuana to our youth. If they knew the very real risks involved in using it, they probably wouldn’t be as likely to use cannabis.

An acceleration of potency; How marijuana has changed

New research suggests that marijuana use is likely to cause serious mental health problems in young people. One article showed a correlation between adolescent marijuana use and serious mental illness, and compared this finding to the association between cigarette smoking and lung cancer. Quote from the article: “Research only shows a connection between smoking cannabis and the later development of psychosis or schizophrenia. It’s not the same as saying that marijuana causes psychosis. Years ago, scientists first established a link between cigarette smoking and lung cancer. Only later could they find out exactly how cigarette smoke damaged the lungs and other parts of the body, and caused cancer and other diseases. Research into marijuana and the brain is at a much earlier stage. We know that THC, one of the active ingredients in marijuana, stimulates the brain and triggers other chemical reactions that contribute to the drug’s psychological and physical effects. ”

It is no wonder that young people are suffering such significant harm from using marijuana. Today’s marijuana is much stronger than it was in years ago. According to a group of researchers who examined marijuana samples from 1995 to 2014: “Overall, the potency of illegal cannabis plant material has continuously increased since 1995 over time from around 4% in 1995 to around 12% in 2014, and higher risk of cannabis use, in particular in young people. ”

“There have been reports of people seeking help in emergency rooms who showed symptoms such as nervousness, tremors, and psychosis (having wrong thoughts or seeing or hearing things that are not there) after consuming high levels of THC.”

And it’s not just marijuana leaves that increase in potency. According to the National Institute on Drug Abuse, “The amount of THC in marijuana has increased over the past few decades. In the early 1990s, the average THC level in marijuana was less than 4 percent. For some products, such as oils and other extracts, it is now around 15 percent and much higher. There have been reports of people seeking help in emergency rooms who experienced symptoms such as nervousness, tremors, and psychosis (having wrong thoughts or seeing or hearing things that are not there) after consuming high levels of THC.

Another factor to consider is the recent surge in cases of marijuana being laced with other substances such as heroin, cocaine, LSD, or fentanyl. Lacing adds new harm to young people, as most users do not know if their marijuana has been mixed with another drug.

Unfortunately, there is an inverse relationship between marijuana use and harm to adolescents and young adults. As marijuana gets stronger, it gets more harmful. But the more states legalize it, the more young people see a lower risk of using marijuana. There is now an increase in cannabis use among teenagers with associated harmful side effects and symptoms. According to Magdalena Cerda of the University of California, Davis School of Medicine in Sacramento, “There is decreased risk perception and an increase in marijuana use among adolescents across the country.”

The need for drug education and marijuana addiction treatment

Scientists warn the American people that “politics is moving faster than research,” suggesting that the scientific community is learning a lot about marijuana that it did not know before. Still, policymakers are pushing for legalization because that’s what most Americans want.

But would Americans want legalized marijuana if they knew what scientists are just beginning to conclude and publish? What if Americans find out all this data after marijuana legalization? Parents, families, schools, opinion leaders, policymakers, and public health experts must do all they can to inform the public about marijuana. It is in the best interests of young people and the general public to do so.

In addition, marijuana addiction treatment must be available to those who need it. If you or someone you know is using marijuana and cannot stop using it, make sure you get help at a drug and alcohol addiction treatment center as soon as possible. Don’t wait for marijuana use to have long-term, harmful, and potentially permanent effects.